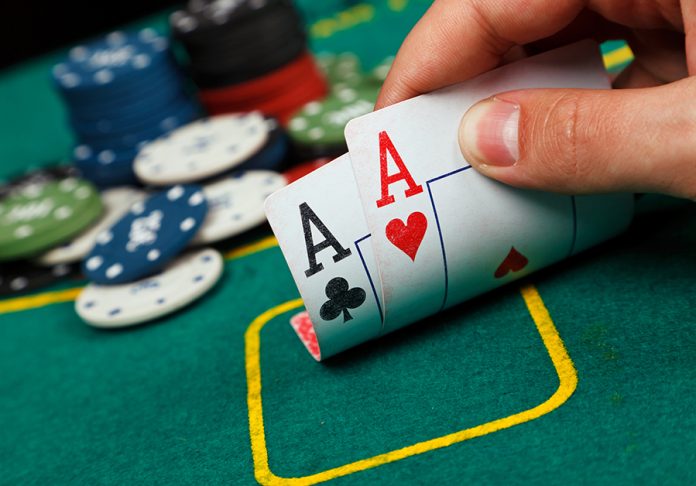 Success in poker depends on many factors : from manipulation skills and intuition, to knowing how to read opponents and manage moments in the best way. In that sense, one of the great skills is knowing how to bet: how much and when become key to solving this question, and the poker player who knows how to carry it will have a considerable advantage over his rivals.

It is important to understand, therefore, that knowing how to bet is one of the fundamental skills in poker. To succeed in this area, each player has to know why he is betting and how to manipulate the hand so that the opponents do what you want and you can win as much as possible. Skilled poker players know exactly why they are betting and what they are trying to achieve.

The fact of deciding to call a raise or to re-raise is not the result of chance and is always sought with a certain purpose. It is worth noting that these situations are too situational, different, extensive and very varied. So here we are going to try to summarize them with basic concepts that apply to pre-flop scenarios in No Limit Texas Holdem when you are involved in an unopened pot, i.e. situations where you are not facing a raise .

It is worth noting that in poker there are usually many more reasons to fold than to bet or raise. Therefore, it is important that you always make a good starting hand selection when putting a chip into play . Bottom line, don’t play too many hands. Most players do it, and it’s probably the biggest mistake made at a poker table or tournament .

Unless you have a rare run of extremely good hands, most of the time you should fold your starting hand with no regrets and save your money so you’re ready to play when you’re in your best possible shape. In any case, this time we want to talk about the reasons to bet on poker , something that we are going to show you next.

Reasons to up your poker bets

It is often the case that novice poker players prioritize “getting in to see the hand” over making a big entry bet. It is important to understand why this is ultimately a losing philosophy. While not as common or relevant a mistake as calling when you should fold, not raising when the time is right will cost you money in the long run .

You should always strive to play light and aggressive poker style , which means that if it’s in the hand, it will most of the time either raise or re-raise. This will allow you to reduce the number of players, take control of the hand, raise the value of the stakes and make others fold. All of them will have a particular reason.

To reduce the number of players

The more a player has to risk, the less likely they are to do so . We invite you to try something: bet a large amount of chips and you will see how the vast majority of your opponents at the table fold from the hand.

On the other hand, you should keep something in mind: no matter how good a player’s hand is, very few will dare to call a raise when more than two players have previously called the raise. Even if you have a good starting hand, you can still be vulnerable to some of the opponents who stood their ground and called the raise. It is about pure probability.

Thus, the fewer users involved in the hand, the fewer opponents you will have to beat to win the pot , so it is advisable to raise the bet when you enter the hand to eliminate as many opponents as possible in the early stages of the game .

To take control of the hand

Another very good reason to raise is to consciously announce to other players that you have a powerful hand . Even if you miss the flop, you can often continue to play aggressively by continuation betting and hitting the pot.

From there, the rest of the players at the table will remain more alert and will respect any move you make. When it comes pre-flop, you’ll often see other players checking after the flop to see your action. If this happens, you have taken control of the hand .

To raise the value of the hand

One of the most powerful reasons to bet on poker is to have a good starting hand, but there are other things to consider. In this sense, raising before the flop can have a very specific objective: to get more money in the pot .

In this case, you must be consistent in the way you bet, regardless of the strength of the hand and with the aim of making it difficult for rivals to discover the power of it. A suitable amount would be to bet three times the big blind plus an additional bet for each opponent.

On the other hand, while you are learning to play poker, it is very important that you avoid raising the minimum . A common mistake made by novice poker players is to raise the minimum with a pair of aces after three or four people have limped. This ends up backfiring because even though a pair of aces is the best hand pre-flop, the others are unlikely to fold .

And this is not always good news: aces could lose that initial power if the player has to face three or four opponents. Ideally, you would want to raise an amount that maximizes your total winnings while at the same time decreasing the number of opponents to hit the pot.

To get the others to leave

Since bluffing is part of poker, sometimes you should bet to get other players to fold , even if they had a better starting hand than you a priori. This is especially effective in tournament poker, where stealing the blinds and ante are crucial to building a bigger stack and setting yourself apart from the pack early on .

If your goal is to get others to back off, then you shouldn’t hesitate. Although a small raise may seem like enough, you should bet an amount that your opponent cannot match. However, keep in mind that every bet tells a story. That is, carefully analyze if making a raise is really worth it . It is always convenient to be sure of what is being done at all times.

When the best option is to pass

While you should strive to play an aggressive style of poker , especially when playing No Limit Texas Holdem, there are very clear situations where it’s best to call pre-flop so you don’t end up risking more than usual.

There are times when the strength of your hand, your position at the table, or other factors in the situation dictate that it is best to speculate . Being the first to act is one of these occasions. However, the important concept to remember is that you should only limp with hands where you can call a raise. An example would be limping in early position with a small pair hoping to get a set.

If you find yourself in a situation where three or four players have already limped, it is often fine to call with certain types of plays, although it is still important that you use good hand selection . Just because other users are playing doesn’t mean you can justify playing any two cards.

What you need to be aware of while learning to play is that when faced with a difficult decision, calling is almost always the last option . If you are playing poker correctly, you will fold more than you will raise and raise more than you will call. That is the key. Calling too often with mediocre and weak hands is a highway to bankruptcy.

There are many reasons to bet in poker and you should always have a reason to do so instead of just dealing chips every hand. Taking into account criteria such as position, the tendency of the opponents, their current image at the table and the depth of the size of the pot should help you identify what your target is before proceeding.

In closing, remember to always ask yourself why you make each decision . This is how you learn. Experienced poker players should be astute enough to understand the wisdom of always asking themselves why they are going to act one way or another before proceeding.